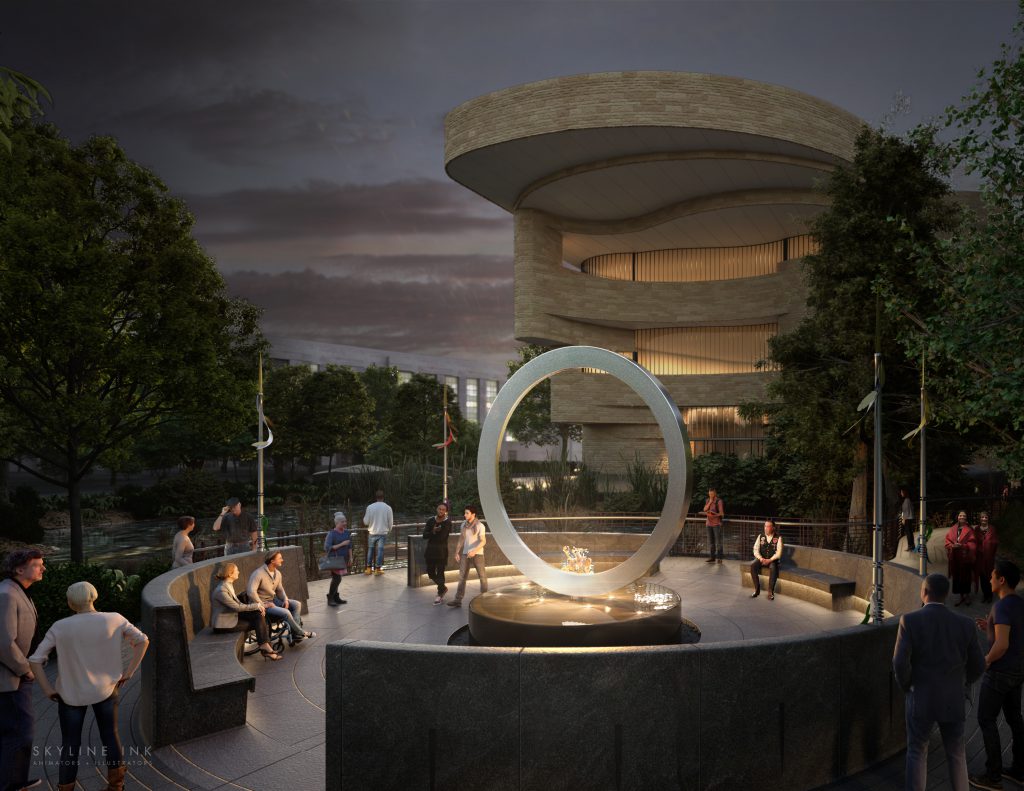 The Smithsonian’s National Museum of the American Indian has announced the winning concept design for the National Native American Veterans Memorial: Cheyenne and Arapaho artist Harvey Pratt’s Warriors’ Circle of Honor will be located on the museum grounds on the National Mall in Washington, D.C.

The design incorporates symbols and elements common to many native traditions: fire, water, wind, drums, the cardinal points, and the circle shape. The memorial creates an interactive yet intimate space for gathering, remembrance, reflection, and healing.

Groundbreaking for the memorial is slated for September 21, 2019. It is slated to open Veterans Day, 2020.

Learn more about the memorial and how your donation will help recognize Native Americans’ service to this nation.

Considered one of the leading forensic artists in the United States, Harvey has spent over 50 years in law enforcement, completing thousands of witness description drawings and hundreds of soft tissue reconstructions. Harvey is a Cheyenne and Arapaho tribal member and is recognized as an accomplished master Native American Indian artist. He has won numerous awards and was named the Red Earth 2005 Honored One. He is a self taught, multi-talented artist involved in many media; oil, acrylic, watercolor, metal, clay and wood. READ MORE